When I met Stu, his nickname was “Forrest”. He loved running, and as he was growing up, his friends would often see him running round the village and shout “Run Forrest, Run!” from their car windows. 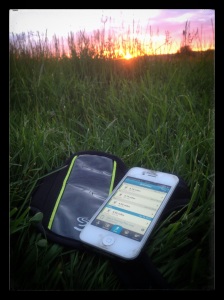 I have never felt the same love for running. Vanity pre-wedding and post-baby had necessitated the use of a treadmill. And I must admit that the luxury of our own private gym at Mon Ami, without the judging eyes of superfit, lycra clad trainers, had meant that I did turn into a bit of a gym bunny. It was a good excuse to indulge in a soap opera or two as I pounded out the miles onthe treadmill. It became a habit and the fitter I got the easier it got. Stu, on the other hand, would still take any opportunity to run in the hills of the Nature Reserve next door than spend an hour glued to the telly in the gym. I have always found his love of outdoor exercise slightly odd as my limited experience had involved swallowing flies, avoiding dog poop and copious nettle stings.

So it was with a feeling of fear and dread, that a few weeks after moving to Fishponds, the realisation that there was no gym finally dawned. If I wanted to maintain any kind of fitness, and work off the wine and copious fish and chips that had been consumed, then I was going to have to venture outside and run the gauntlet of cross country running.

This was slightly different though. Running round the fields, I knew there would be no doggy doo, and no ramblers or dog walkers to dodge, red faced and breathless. So I downloaded Runkeeper and set off.

I couldn’t find the headphones for my phone which was a blow. I had to undertake this chore in silence without any tunes to keep me going.

A mile in and I had a revelation. The silence was golden. I could hear the birds singing, and creatures rustling in the hedges. I heard the church bells ringing from across the valley and the countryside revealed itself to me. I saw bunnies darting for cover as I approached. I watched swallows darting across the fields catching the evening midges for their chicks. I noticed that the pigeons wings squeak as they fly. I saw bluebells that I didn’t know were there and could smell their heady scent in the early evening air. The tall grasses had a pink haze and seemed to shimmer in the evening sun. And I saw our resident barn owl swooping elegantly across the field.

And I had time to think. My mind was clear and I started to make plans and mental notes, think through issues that I hadn’t had the time to deal with, and by the time the four miles were up, I felt like I’d done a whole day of mental admin.

And so I am hooked. I’m not saying it’s easy – far from it. There are hills to deal with, molehills to dodge, the occasional deer to avoid. And I ache. But the lure of what I might see, the peace and quiet, and the feeling of achievement are addictive and I’m already looking forward to running the gauntlet of the cross country course tomorrow. 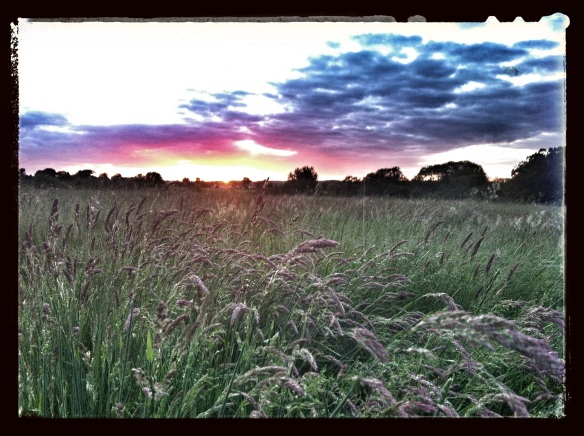 4 thoughts on “Running the Gauntlet”